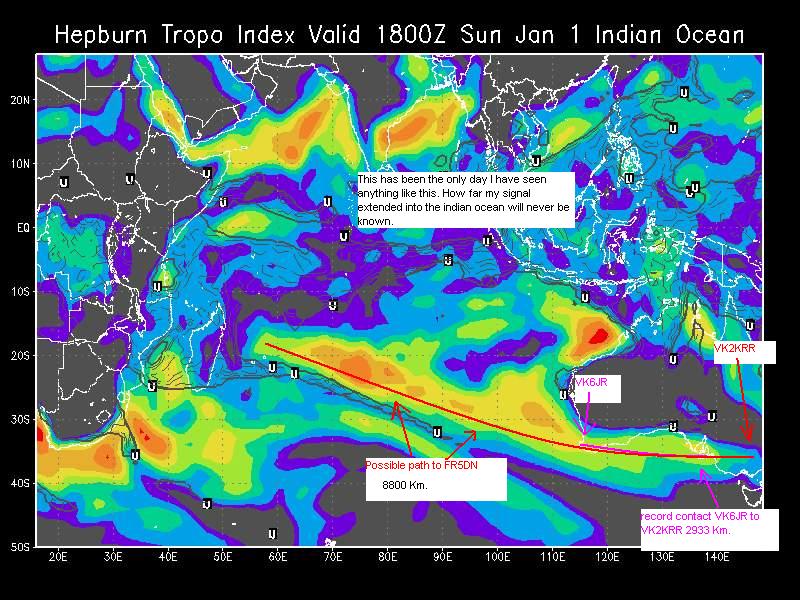 PHOTO BELOW : Waiting to break into the 3000+ km tropospheric ducting club. The path to Cape Naturaliste Lighthouse @ 2938 km is as far as I can hear on Australian mainland, and its 162 MHz Marine tracking signal was heard numerous times here on 19th Jan 2014. It will take another marine tracking signal on a ship a mere 62 km further a field to finally make this goal. 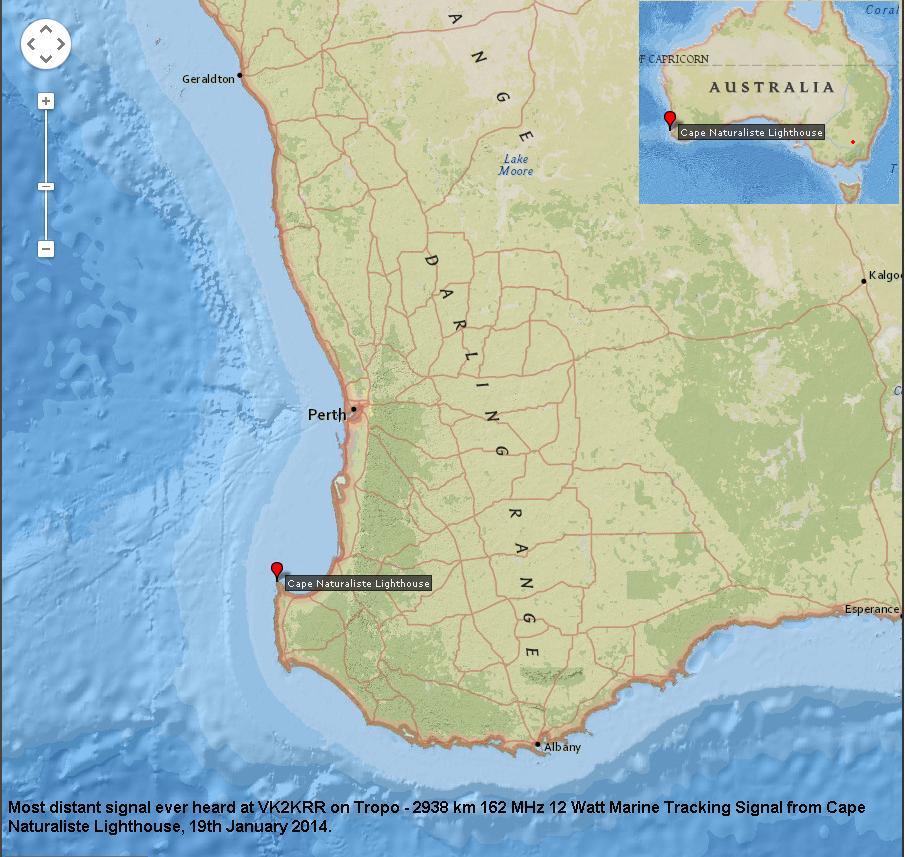 ~INFORMATION ON THIS SITE MAY ONLY BE REPRODUCED WITH PERMISSION, LEIGH RAINBIRD VK2KRR~
Copyright ©Leigh Rainbird